A couple of issues to fix before purchasing

I can not do it anymore, because yesterday I lost patience and I trashed the database of Origin.
This database was originally created by Studio when I tried it two months ago.

After that, I launched Origin again, and it started to import the library of 3.5 without asking me if I want it to do this import. The import lasted a few hours and ended by a crash.

This morning, I had a good idea.
I used Time Machine to restore the old database that was created by Studio as replacement of the database of Origin.
Now, Origin works well again, and I’m happy again.

Interesting. I will try this tomorrow to check this issue.

The issue started when I replaced the micro SD card on the streamer.
Doing it rendered Origin unstable, and it ended by a crash. And after that, I had all the synchronization issues.
I noticed already with Studio that the player becomes unstable if I reboot the streamer.

“I guess I am doing something wrong.
I was playing track with heavy bass and Studio 3 plug inn was giving me bad distortion in the right channel.”

In Canopener, go to Advanced Controls (the three dots) and turn on Safe Gain. That should take care of the distortion. Turning on Safe Gain will lower the volume a little so you may have to adjust the Output.

you may have to adjust the Output.

for example I use an usb dac and a stereo amplifier. both have analog volume control and enough power for a small room like mine or headphones. I never change the volume of Audirvana, not necesary for me. but yes, a volume reduction is good for sound quality in most cases, especially when using eq.

Thank you !
So many different possibilities
I am just trying this software.
For me it is safer to sick with Audirvana default sound.
I am leaving all these plug inns for advanced pro listeners as yourself.
I think you have to have some knowledge and experience to use vst adjustments comfortably

Origin is locked again in an endless synchronization that lasts hours, and during this time it is barely responsive, displaying the beach ball at each click

Do you mean when you try to play a track?

I left the computer on all night to see if Origin will finish its synchronization. But the process seems stuck at the same point, but the application did not crash.

Please let me know when the sync is over, there is something more you can try to know what would be the cause of this.

OK, I will tell you when and if it’s over.
It started last evening… I’ll let it go on…

@Antoine,
Origin is still synching. Soon it will reach a 24 hours synch.
What can I do except trashing its database for the second time?

Of all your Folder syncing is it always Stop there? might be a bad folder in that??

Ok, If it’s not over yet, let’s try a different approach.

Can you close Audirvāna Origin and open the Terminal of MacOS and use those commands in it?

After doing this, it will open Origin, you should see logs in terminal, do you see errors in it?

What is this command?
Should I paste it in the terminal and press “enter”?

Good, and when you copy and paste this line and press enter, does Audirvāna Origin is opening?

Yes, Origin opened, and asked for an access to the Media touches of the keyboard 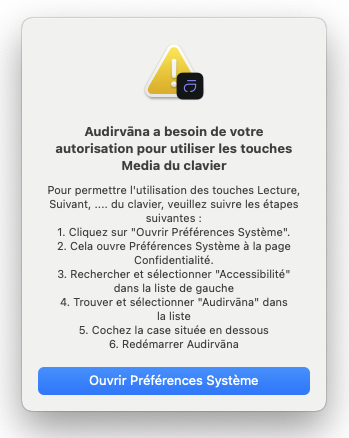 It’s MacOS that require this, you need to enable the access to media keys in System Preferences and the logs of Audirvāna Origin will start.

I allowed it this access already before.
I allowed it again, and now it starts the same synch. 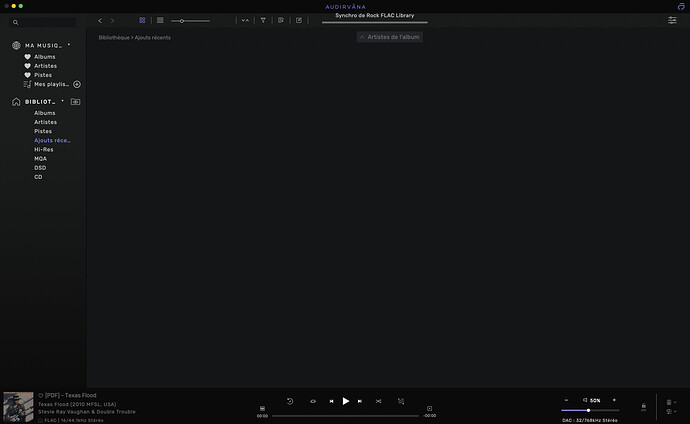 Please look at Terminal, it’s in Terminal that you will see the logs, not Audirvāna Origin.