For a short while (last update I think), I’ve noticed that several albums in my library have been split in 2 albums with the total number of songs of the original album split between those 2, although they still appear as 1 album only in iTunes.

I’ve tried to look for differences in the characteristics of the songs in iTunes, and set all the parameters to the same (artist, album,…) except for the songs titles and order. I’ve tried to change parameters and change them again for all the songs of the album.
Sometimes it works, but sometimes it doesn’t. And it is very frustrating.

Have you already encountered this problem ? How did you solve it ?

It could be a blank that is not actually a blank, it happened to me … try to write again al the metadata, not only check

Thank you, but it’s highly improbable, since it just happened with approximately a third of all my albums after the last update.
I don’t intend to rewrite every title of them

And don’t forget that they still appear as one album in iTunes, which wouldn’t be the case if there was an added blank in some of the albums titles in the songs.

I may have a clue : when I look at the metadata of these albums, the only difference is that one of the split part has the same “Replay Gain” parameters, the other split part shows “N/D” in all the Replay Gain fields.
And when I click on “Recalculate Replay Gain” (sorry my interface is in French, I don’t know how this command is translated in English), the parameters that appears are slightly different than the other ones, so the album remains split in 2…

Can you check the complete path of two duplicated tracks?
To do this, you can use the track details panel (Icon label

after selecting a track).

Can you screenshot what you see and share it here?

The tracks are not duplicated.
Tracks of a same album are split between 2 albums with the same title but which appears as 2 distinct albums.

The metadata of the 2 albums are exactly the same?

No, that seems to be the problem, please see these screenshots 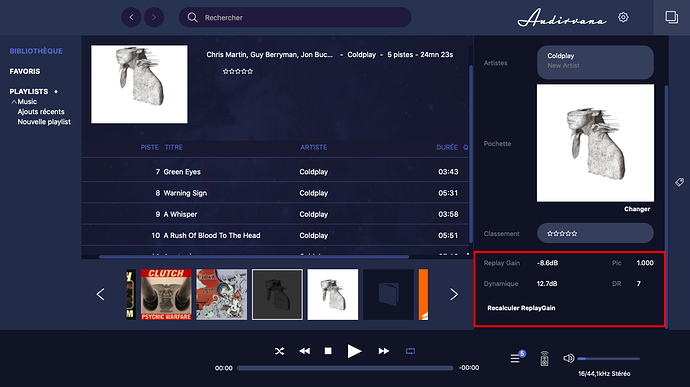 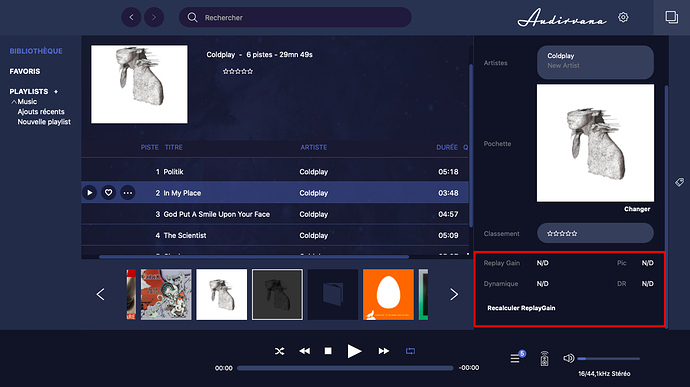 … but something seems different here … 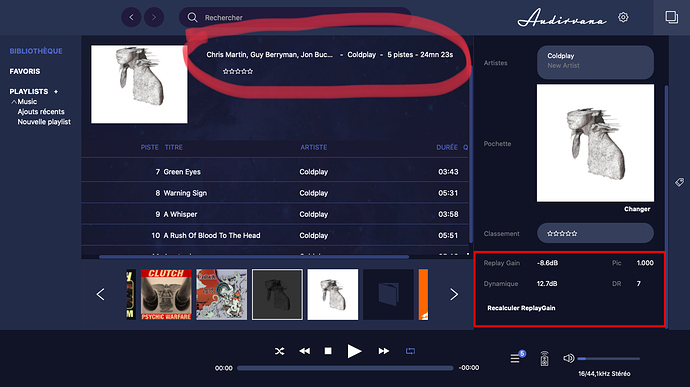 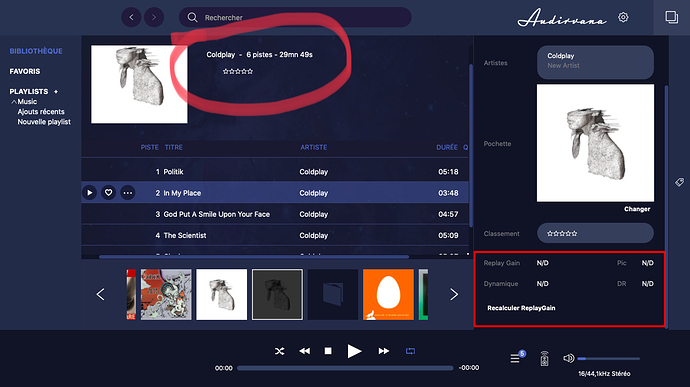 You’re right, that was a bad example, this one is pretty obvious indeed. 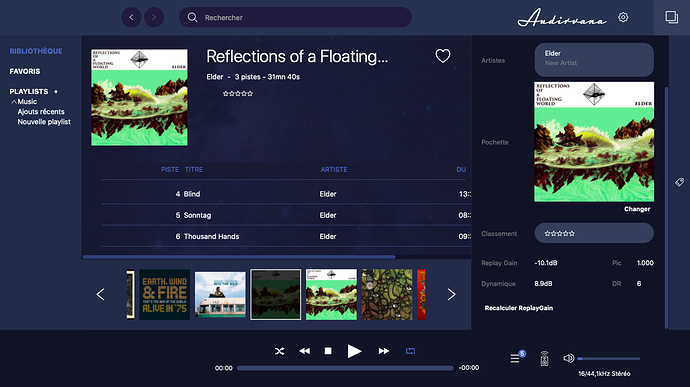 The other part of the album is missing …

I know, I have to wait for a while before sending a 2nd message, or it is rejected.
And as a new user I can’t send 2 pictures in the same message. Which is not very convenient I agree… 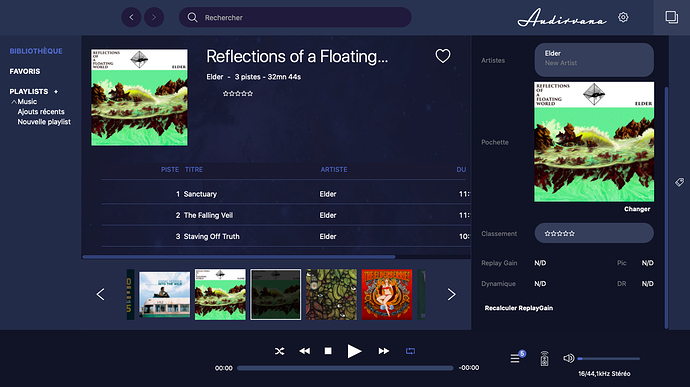 All other problems aside, I find it very annoying that Audirvana splits the album in 2 because there are several different composers in an album.

Can you click on a single track for each part of the album to let us see all the metadata in the right banner?

For example, on this Coldplay album, some songs have been written by Chris Martin alone, and others by the whole band. And Audirvana will then split the album in as many parts as there are composers ?

It it not the composer the matter, it is the artist and/or the album artist
I have plenty of classical music albums with different composer and do not have this split problem. I just set the same artist/album artist for all of them, sometimes I use Various Artists as artist/album artist

Edit … it is the album artist the problem, you can have different artists without the split problem

Not sure if this is related - I have several albums split, mainly by modified date of tracks. If an album has, say 20 tracks, and I modify one track, the album will be split in 2, one album with the one modified track & one album with the 19 non-modified tracks. Removing “modified” date from sort criteria has no effect. Metadata for albums is consistent - same artist, artwork, album title, album artist, genre, track count, replay etc. (just like you see it in iTunes…!)
Anything I am missing? Thanks for feedback.