Maybe it might be hidden somewhere, but I cannot find the category “My Music” on the remote app. Especially for Radio (favorite radio stations) I miss this feature.

Odd cause it shows here on my Remote (Android version). You’ll get automatically in My Music when you log in. Radio tab is on top here with the other tabs. Clicking on the Radio tab will open my favourite radio stations.

thanks for your reply, but on the iOS version you can select Radios (or Podcasts or Local). Then in Radios you have the options local, high quality, by genre, by location and by language. No favorites to be shown, Radio or otherwise. Also no My Music is displayed. When you open the app in iOS you start in Local.

hmm, apparently I hadn’t restarted remote for a long time: it now displays my music on top of the app!

There is somehow a bug in the remote app: if I start it anew it displays “my music”. It shows no albums nor artists. My favorite tracks and Radios are shown though.
If I go to the symbol with three stripes (down left) and select Local then my albums are shown. But somehow I cannot go back to my music other then to quit the app and start anew. Also when I select the three dots after selecting an album the app crashes. As a consequence I cannot add music to a play queue.
Also doing a search gives a “request error”

Hello @DonaldM, My Music is all of your favorites you have in Studio. You can see them in the Remote by tapping on the Heart icon of the navigation bar between the search and the playlist button.

Can you send a screenshot right before the Remote crash?

Hi Damien,
I sent you a letter concerning the crash on July 12th. Here is that screenshot: 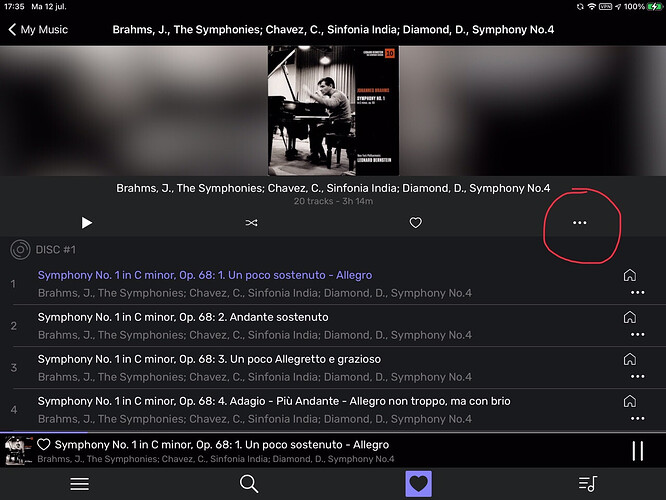 Here are the screenshots of the phenomenon I described above: 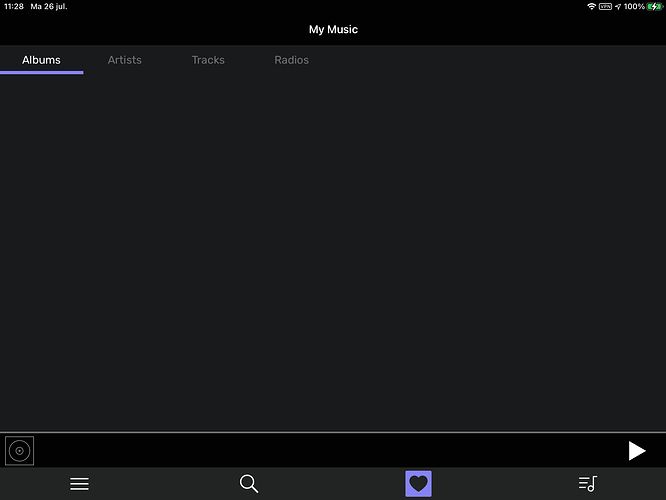 The album view is not populated.
Going to the heart symbol makes the favorites (minus the albums) visible. I probably was sidetracked because no albums showed.

The albums are shown in Local: 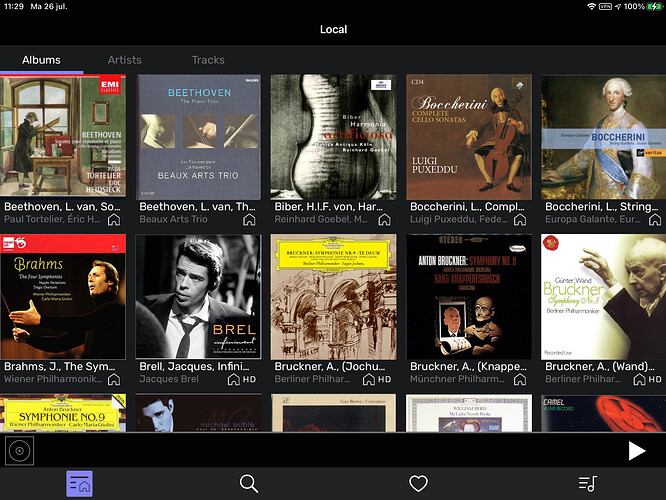 The sorting of the albums is incorrect somehow: first a few hundred albums alphabetically sorted, then starts the sort (also alphabetically) as I expected (similar as in A+). Playing an album for only one track makes the album disappear from the first few hundred and appear in the expected order.

I have the feeling that it is connected with the database bug I reported on before. I did all the cleaning actions for the database as suggested in the app, but to no effect. I think the best solution is to trash the database and rebuild it anew. Hopefully the analyzing will not start from fresh. I did not rebuild because it takes so much time, Studio is still a lot slower than A+. Maybe also a consequence!? I’ll get a new harddisc soon and will reshuffle the albums anyhow, so that might be a good moment to rebuild.

Thanks again for your support.

This topic was automatically closed 375 days after the last reply. New replies are no longer allowed.