It’s hard for me to believe this to be the case. But we don’t have to guess, maybe @Damien3 can shed some light how MQA is licensed for Audirvana. 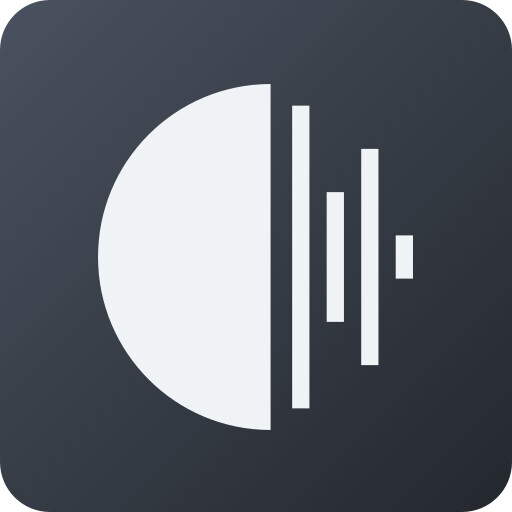 Why do manufacturers support MQA?

The terms are complicated and not worth going into, but simply put: if you don’t core decode, we don’t pay. When we introduced MQA support, we didn’t raise the price, so MQA has always been a cost center for us. If you core decode, we make less...

The terms are complicated and not worth going into, but simply put: if you don’t core decode, we don’t pay.

But it seems there is a better new way to avoid the tax… Just stop subscribing to TIDAL “HiFi+”. Drop to the new middle tier of “HiFi” and you won’t get MQA capabilities.

Here is what I found:

For folks not following the link, here is the Roon COO:

Sometimes the money leads to a dead end. We pay MQA to let you “Core Decode” in Roon. We don’t make money directly on MQA, we lose it! However, we do gain customer satisfaction for those who wanted MQA, which is in itself a form of being paid.

Nowhere does it say that Roon pays per playback, it says “they pay for the ability to let you core decode” MQA. They pay license to MQA to integrate MQA core decode in Roon. Same is true for Audirvana.

Did you see the link?

Yes, what is clear is that MQA or not the user won’t be paying less for software by omitting MQA capability. When there is no longer demand from customers for MQA, the vendors will be happy to drop support for it. At the moment there is demand, that’s why pretty much every software and hardware vendor supports it.

There are many precedents to withholding functionalities whiting a software, unless the customer pays for it.
Many tablet or phone apps do.
I do not see that the size of an app changes with the adoption of an option.
You can even experience this on a Tesla car, where you can release new functionalities which also involve hardware that has been there all the time.
It has no extra cost to the developper.
Do you think that the DAC manufacturers bother to develop two different versions of the same DAC?
Of course, they do not. There is just a little bit of code that neutralise the MQA function. I am sure some crafty hackers are already on the case.

It’s because Audirvana wants to make the next big step. For that you need resources and thus more money

Dear bitracer, since when is it for the customer to supply the investment funding for a venture? Rogue capitalism may allow it and there are numerous examples of it, but it remains the very twisted way of those who cannot raise funds from stakeholders.
Should the customers be offered shares of Audirvana SAS in return for their subscription?

How much less do you think would Audirvana cost per month by subtracting the MQA licensing fees? My guess is less than 50 cents. Is it worth creating tiered offering for that?

None of us can know for certain, but I see that MQA functionality adds in the region of £100 to a number of DACs which offer a version with MQA and one without. That is can be as high as 10 to 15% for some DACs.
50p is not much to you, agreed, so shall I allow myself to 50p each month from your bank account, as surely you value our good acquaintance to at least that amount

Maybe you can explain this to me. I bought Audirvana 3.5 (life time license) for a one time amount of $75 (only for the Windows platform). Audirvana 3.5 also has MQA built in. If MQA was as expensive as you suggest now, how could this price for A3.5 be possible? How could Damian possibly earn some money in the past on selling Audrivana 3.5?

But as you said: Nobody can know for certain

But given the above case I can not imagine that this is very expensive. Maybe it is for DAC manufacturers (I know the Topping D90 MQA DAC is $100 more expensive than the Topping D90 without MQA). But I imagine there is another fee for software doing the first unfold. But again… we can not be certain

I do not care for MQA at all but (like MQA providing a solution for a non existing problem, and letting you pay for it), maybe providing a NonMQA Audirvana version is also more trouble than it is worth…

Roon pays MQA per core decode. It’s a non-issue to me. I love MQA and have multiple MQA DAC’s.

If MQA was as expensive as you suggest now

I feel you might have misread me. The MQA model, is to chip small amounts as often as possible on many instances, so people do not feel the pain too much and accept the “ponction” as not being worth fighting against.
They have not invented the model, the taxman did a very long time ago. If the chipping goes at 10% on a DAC, and on the proviso that the same model applies to software, its impact on an annual subscription would be around $7. Just not very painful indeed, and yet, not welcome by those who do not buy in the MQA narrative.

I want a version for streaming only. I’m sure a large part of Roon and Audirvana is dealing with local libraries. I have no local music, so why do I need to pay for that?

Wow You don’t really get it?
With MQA You are paying a third person (Company) money for a “feature”
When this “feature” is not even what it is marketed as, it should be obvious that it should be an opt in. I know loads of Audiophiles that does not use/buy/subscribe to neither Audirvana or ROON for this very reason. The days where consumers were stupid enough to accept products warts and all is over.

I would like to see MQA as an option.

Just the option to buy the license.

Just like you have the choice to take a subscription to Qobuz.

You can choose to buy the MQA license. Everyone happy, right?

I have no local music, so why do I need to pay for that?

I am glad you come to understand the feeling of others, but I fear your comparison does not quite stand.
MQA is a third party who seeks to get their technology widely adopted in the same way Dolby and others have done, and to get a rent for it.

MQA have just found a clever trick to cram a music file of high resolution in the bandwidth necessary to CD in PCM, albeit in a lossy format. Fantastic feat in comparison to an MP3 or AAC streamed at the time of MQA’s inception, but tide and time wait for no man.

MQA can still be very practical to the distributors of downloads or streaming operators, as several resolutions of the music are folded into one file, thus reducing an administrative cost.

The problem is that MQA is not very appealing to the listener, as it is a lossy format, and that its use turns out to be an extra cost. Much care is admittedly taken to hide it as much as possible from the customer by administering it in bite size format through subscriptions of Pay per Unfold.
The distinct lack of transparency surrounding MQA when faced with advanced technical questions about its format adds to the confusion.

Neil Young, in particular, has been very prominent to promote MQA at a time when there was a case for a bandwidth frugal format offering a CD quality or better.
Apparently, Neil Young has had second thoughts about MQA, and has criticised the way his music has been delivered to the consumers by MQA, and decided to withdraw his albums from that line of distribution.
In the meantime, the bandwidth available to consumers has gone by leaps and bounds and the case for MQA is hardly valid any more, especially on the taxing business model they seek to enforce.

If that’s the agreement they have with MQA it must be because they think it’s most convenient for them. In the end the core decoder is triggered only when you play MQA content with non MQA equipment or through MQA renderers.

Still it must be an accounting nightmare.

I get it. I just don’t agree with you and the other anti-MQA’ers.

I like MQA. I don’t listen to Neil Young.

It’s an automatic count any time you use the Roon core software decode. I don’t know why they do it that way, but that’s how Roon is billed and pays for MQA.