An initiated synch with the watched folder provokes noise

As I was unable to modify the “Album Artist” of an album with the tagger of AS, I did it with Yate.
I realized then, that AS did update its library. I provoked then a new synchronization of the watched folder. In this watched folder, there are just a few dozens of albums that serve me to evaluate AS.
The synch that I provoked should have last a few seconds, but it got stacked, and annoying noises started to appear in the playback of AS.
I quitted AS, and the relaunched it. I initiated a new synch, and again the synch was stack in the middle, and noises appeared in the playback.

30 minutes, later the synch did not end and remains stuck, though there are no more than 50 albums in the watched folder, and only the “Album Artist” tag of a single album was modified.
And when I try to play a track, AS emits noises. 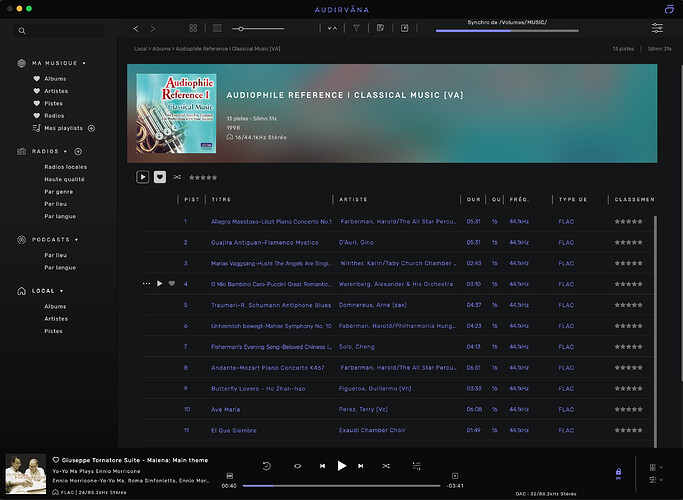