Simple poll on the subscription model for AS

It would be interesting to see clearer numbers, given the heated debate about this topic around here:

Do you support the subscription model for AS?

I voted for “Yes with lifetime option”. You forgot one more choice: “I don’t like subscriptions, but I will subscribe to AS anyway”. I would have picked that.

Maybe also add something like this option? ‘I am not against a subscription model. But at the moment AS does not add enough added value to subscribe’.

In your poll it is only yes or no, so as it stands I did not know what to vote.

As said: I am not against a subscription model for AS (or in general), but at the moment I don’t see the added value compared to 3.5. Also AS in my opinion is still not stable and mature enough. It still seems in a beta phase. I will wait and see what the future brings.

Tks, guys - good suggestions; but I just wanted to keep the options short and simple.

So far, a staggering 85% of responses reflect a “NO” to the currently proposed subscription model - the Audirvana team should take note.

Agreed. I’m not against subscription models at all; I subscribe to plenty of services now (e.g. Spotify, Netflix, etc.). But at this time I’m not sure AS provides anywhere near the value added to warrant me subscribing and using it vs. A3.5. I mean, maybe if it was priced a little better, like $5 a month I wouldn’t mind.

Semantics much? People know what you mean, but the product hasn’t even been open for purchase yet.

Yes, they do; but perhaps your reading skills are lacking. I used the expression “proposed subscription model” not to mean that they may go one-off instead of subscriptions; but rather that the current modality (monthly/annual) is what is being proposed (as opposed to also including lifetime), particularly bearing in mind that sales have not yet begun.

Nothing is being Proposed. Audirvana has announced what the terms are (somewhere).

Again, my point is that they may further refine their offer prior to actual launch.

For its 10th anniversary, Audirvāna will benefit from a total makeover and launch Audirvāna Studio on 16 May 2021: a major evolution of its HD audio playback software now offered as a subscription.

Information under embargo until Sunday 9 May 18:00 CET

Today at 6pm Paris time, during a Facebook Live Audirvāna founder and CEO Damien Plisson will unveil the new Audirvāna Studio, a complete overhaul of his HD audio playback software, enriched with numerous new features. It will be available on May 16 only as a subscription service for US$69.99 per year, or US$6.99 per month(1), and will be constantly evolving and improving. The previous version 3.5 of the software will no longer be available.

Founded in Paris in 2011, Audirvāna is a French company that publishes and markets a software of the same name: “the best way to play music from a computer”. It has developed and improved a unique technology over time, forging the ultimate digital audio playback software for all music professionals and enthusiasts, and a solution to manage and organize one’s music whether it comes from a local music library or an HD streaming service (such as Tidal or Qobuz). Its software is available for MacOS and Windows 10 and comes with a free mobile Remote app compatible with iOS and Android devices.

A MAJOR EVOLUTION OF THE AUDIRVĀNA SOFTWARE

Always at the forefront of audio performance on a computer, Audirvāna Studio exclusively offers Kernel streaming mode on Windows 10: an incredibly transparent playback mode, as close as possible to the machine language. This avoids all intermediate software layers. Mac users are not left out as Audirvāna Studio is already natively compatible with Apple Silicon and makes the most of Apple’s latest generation of processors in terms of audio performance. An additional oversampling algorithm, “R8Brain”, has also been added to allow users more options in optimizing the interaction with their system and converter.

The user experience and interface have also been thoroughly redesigned, taking into account the numerous suggestions received by customers during a major survey conducted last year.

Many new features have been added, including:

• Mixed favorites and playlists, combining local music and music from streaming services • An access to more than 120,000 Internet radio stations and podcasts
• An enhanced metadata editor including an online metadata recovery function
• A unique playlist editor for easier navigation

A SERVICE NOW ONLY OFFERED BY SUBSCRIPTION

Audirvāna Studio will now only be offered as a subscription service at a price of for US$69.99 per year, or US$6.99 per month(1), and with no commitment. This will significantly lower the access price to the software. This choice, which breaks with the perpetual license model of previous versions, marks a strong desire to provide a constantly improving service to all its customers – with no need to pay for updates every 2 or 3 years -, in line with the increasingly rapid changes in computer environments and quality support.

Current users of versions 2 and 3.5 will be able to test the new software and receive a preferred rate to adopt Audirvāna Studio before the end of July 2021 while most recent license purchasers will be offered a no-cost conversion of their purchase to a subscription.

To mark the opening of a new chapter in the brand’s history, its visual identity is also evolving: Audirvāna is now spelled with a “long A,” like Nirvāna in Sanskrit, emphasizing the original meaning of the name and the quest for perfection and absoluteness that it embodies. The new logo, simpler and more readable, is accompanied by a symbol that is both technical and spiritual, freely inspired by the “ajna” and its mantra “Om”: the original sound.
ABOUT AUDIRVĀNA

Audirvāna was founded by Damien Plisson, a very talented French developer, trained at Ecole Centrale and UCLA, acknowledged as an expert among the audiophile community. Since its launch, Audirvāna has become “THE reference in audiophile playback software on Mac” (WHAT HIFI -2017). It is also available on Windows 10 since mid 2018. Its sound quality and reliability have also won over sound engineers. Audirvāna has received many awards, such as the “Audio Excellence Award 2016” from the Japanese magazine Audio Accessory, the “Exceptional Product – 5 Stars Award” from iCreate magazine in September 2017 as well as the “Remarkable” price of the VUmètre journal in 2018."

Well, in Oliver Twist, Fagin decides eventually it is a wise thing to “review the situation”

All this for nothing: 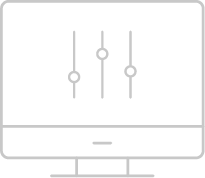 Is that new or did you just find it?

Don’t know if you are joking, but no; the “available soon” button has been there since that PR.

I wasn’t sure I remembered seeing that exact announcement or not.

Suppose US is getting a volume discount

as EUR and GBP prices are higher too.

I’m not down with the subscription model but not so much; I considered a Roon lifetime.

I stayed with Audirvana simply because of the sound quality and then expense. It sounds so much better than Roon, easier (to me) to use than Amarra (it just plays super fast in my system,) didn’t much care for Jriver, Jplay just complicates things to rip you off (keeps you investing on them,) and HQPlayer come on, I’ve never been able to quite get it right simply because it’s just not in any way intuitive.

I like to sit down and listen to music, in whatever format it comes, and Audirvana does that pretty much. And it provides very good sound.