I have some albums in a scanned folder on my NAS that imported correctly : 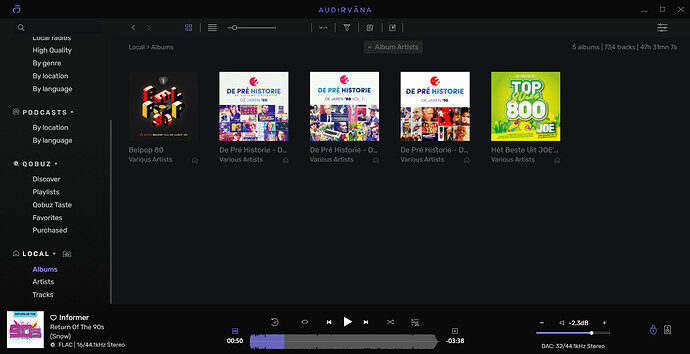 image1500×771 149 KB
I decided to add one album (*) and did a rescan of the folder and now suddenly one track from an album that was correctly imported before starts a new life as a new album. 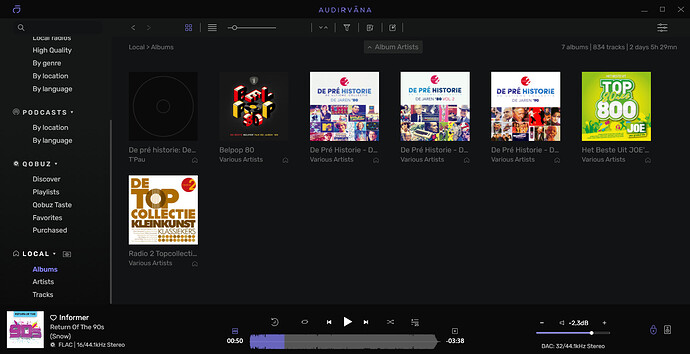 When I remove the album where that track is originally coming from and do a rescan :
AS suddenly extracts a track from the album I originally added (*) (De Top collectie Kleinkunst) 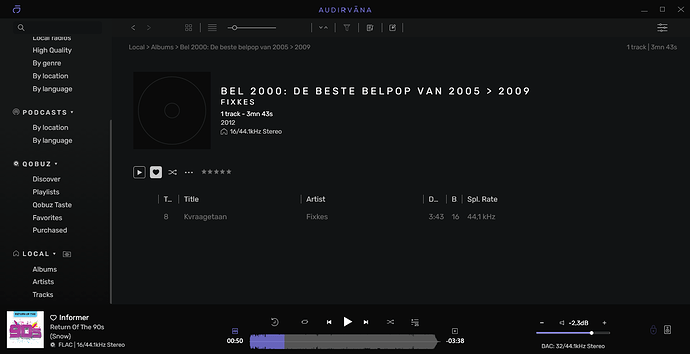 I checked the Metadata and the metadata from this track and it’s correct. 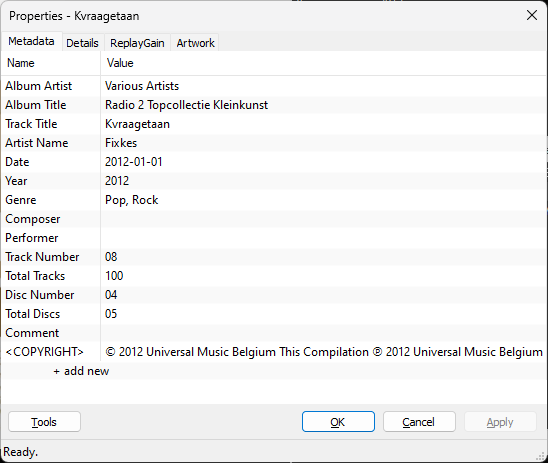 I cannot add a single album as when I try to resync something is going wrong.

The only way to get it fixed is to remove ALL albums from the scanned folder, do a rescan, and then put ALL albums back, and do another rescan.

This is okay for 10 albums or so, but I have 1000s CDs ripped on my NAS and I don’t like to think about it that if I have to add just one more I have to rescan all of them every time as it’s very time consuming.

Paging @RunHomeSlow , can you please give some advice.

De pré historie that you import as a different title… : and the others have a -
Also capital letters and not on new one…
copy the good title and paste it on all track or albums you want them then
select that album again with no selection of track and add one cover to be the same for all…

in the preferences of studio there a 2 preferences that i unchecked at the time…
one is maybe uncheck by default now but you have to see… i can’t open Studio… and those prefs are not in Origin, if not, it retrieves metadata from MusikBrainz database…

The title in the metadata of that track HAS a capital letter. 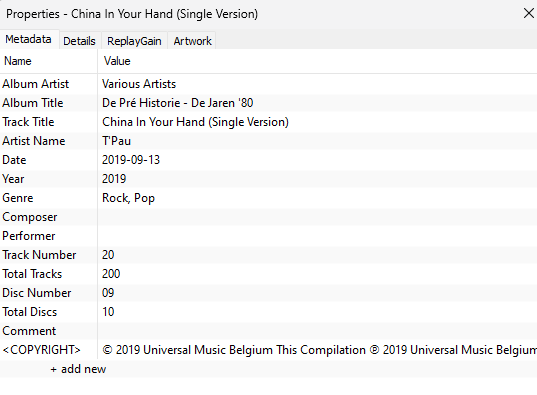 I have no clue where AS is getting the small letter from?!
All tracks are having the exact same album title (all with a capital letter).

The album initially imported correctly !!! All tracks were under the same album.
I didn’t change anything to that album, I just added ANOTHER album and when resynching then AS suddenly thinks that one track from the previously - correctly - imported album has a small letter and puts it under another album.

I have NO clue where AS gets that data from. Especially that last track AS invents an album I don’t even own and that metadata is nowhere in my tracks (Bel 2000)

I’m a former IT er and I’m familiar with the use of metadata and how Apps like Audirvana and Roon are looking into those. I double checked the metadata is correct, AS is doing something wrong.

I left all metadata recovery option (MusicBrainz etc) OFF like they were on default as you can see here so if AS IS retrieving data from MusicBrainz (which could explain this) then this is not right.

T’Pau happens to be the artist of the last track (20) of CD9 of “De Préhistorie 80s”.
For some reason AS thinks this is another album !?
(There’s still a CD10 that also has 20 tracks so I have no clue what is happening)

Is this interesting? Perhaps you might have to trash your SQLite file and start over again, I’m not sure………mine doesn’t show the “resume analysis” but I had an earlier update that enabled the much detested MusicBrainz somehow and I had a bit of mess to clean up as well.

Edit: with it showing 329 without MusicBrainz analysis I’m thinking it has already run through your collection for the most part.

It’s really strange as I just added some more albums and did another rescan and now everything’s fine !?

These look like bugs, looks like AS is writing and reading data in not allocated memory.
And sometimes that memory is allocated by another routine and overwritten and then you’ve got these flaws, and sometimes that memory is not allocated by another routine and you get away with it. I’m not sure what’s to blame? The Mac->Win conversion? Windows buffering issues? Synology NAS bugs? Developer bugs? It’s weird. 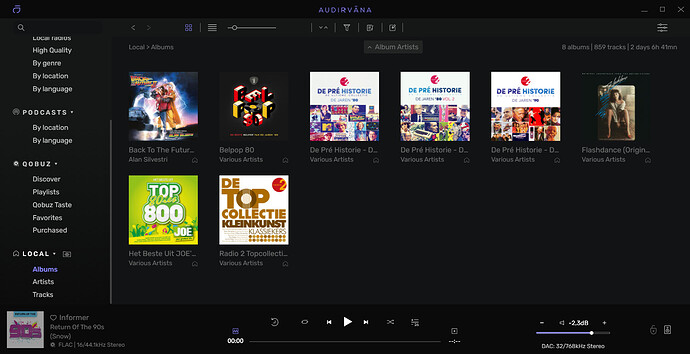 I had quite some success importing almost 100 albums.
But again I see one track of CCR that shows up as a different album.
It’s quite annoying as I had to open every single album to see where it’s coming from.
And it seems to come from “The Complete Studio Albums” (blue album you see right top).
Disc 5 track 10 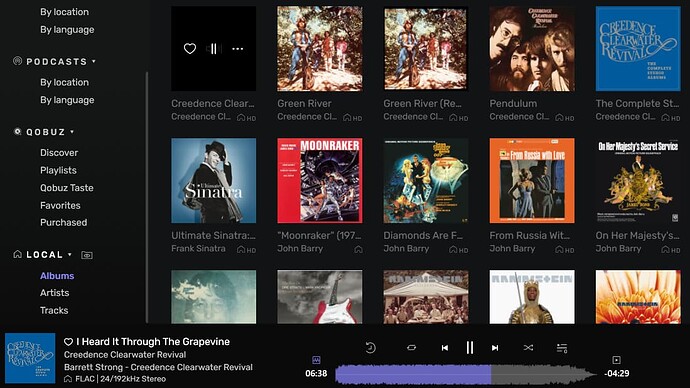 I have been looking at the metadata but I cannot understand why AS ejected this track.
The Album Artist, the Artist Name, and the Album Title are all exactly the same for all tracks of the 7 CDs. The Composer is different then the two tracks around them, but then for other tracks it’s also different and those were not excluded.

I moved Disc 5 outside the scanned folder
Did a rescan.

Moved Disc 5 back to where it was before
Did a rescan.

And everything is fine now.

Track 10 from Disc 5 is back where it belongs, even though I didn’t touch the file.

This must be voodoo

This must be voodoo

Pronounced as “Audirvāna” in French - Are We Having Fun Yet

Pronounced as “Audirvāna” in French