Tracks with Long Titles Getting Separated

With Audirvana 3.5, I found that tracks with long titles would get separated from the rest of the album and lose their track number. I am finding the same problem with Audirvana Origin.

For example, the 40th Anniversary edition of Rush-Moving Pictures contains the following track:

It should be track 18, but instead it appears BEFORE the rest of the album.

Is there any way to fix this? 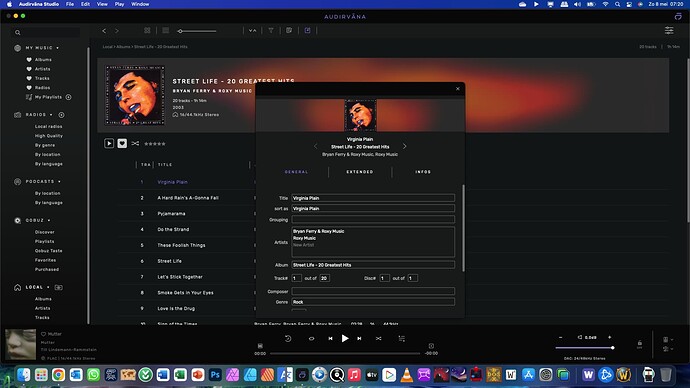 Look up the file in your library and click on the Edit metadatas option in the toolbar.
Then check if the track number is set. If not you can edit it here, and Audirvana should update it.

Thanks! It worked. I had three albums that were affected by this.

When I filled in the track data, I noticed that the rest of the metadata (found on all of the other tracks) was missing. All three albums were downloads from Qobuz in WAV format. So, maybe Qobuz has limited room for metadata, and it gets filled up if the title is too long?